When it comes to Minecraft, there are a lot of different ways to play the game. Some people focus on building massive castles or complex Redstone contraptions, while others prefer to try and survive in the wilderness for as long as possible.

No matter how you like to play, one thing is for sure: at some point, you’re going to get hungry. And when that happens, there’s nothing like a hearty bowl of Soup or stew.

In this blog post, we’re going to take a look at some of the best recipes for soups and stews that you can make in Minecraft.

Whether you’re looking for something to warm you up on a cold night or want something filling to eat while you’re out exploring, we’ve got you covered. So without further ado, let’s get started! 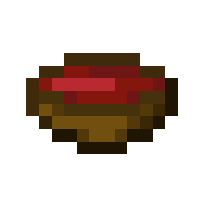 The first entry on the list is Beetroot soup, a tasty dish you should make more often since it quickly refills your hunger bar. Not only that, but it’s also very inexpensive and doesn’t require you to eat often because the content is high.!

The beetroot soup is a healing food primarily used to restore your health. It has an 8% saturation rate, meaning you will get healed for 8% of the amount eaten when drinking this stew if it was fully depleted in one go but don’t worry because there are no other effects like buffs or debuffs! The only downside about these tasty stews?

They can never be stacked, so make sure not every last drop gets consumed before saving some room on your plate (or stomach!).

How To Make Beetroot Soup

Ingredients: I harvested six beetroots from the farm. I put them in this wooden bowl.

Step 2: To make beetroot soup, begin by stacking six beetroots in the crafting table’s first two rows, a bowl in the lower middle column, and Voila! 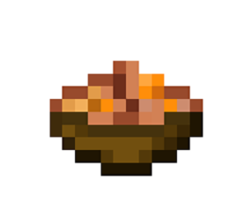 For our next dish, we have the Rabbit Stew! This meal is perfect for Minecraft gamers looking to fill up their bars quickly.

The stew is filling, giving players ten full hunger bars with just one gulp. So if you’re planning a long journey, this recipe will be perfect for keeping your character fed without having to stop and eat every few minutes.

The Rabbit Stew can also be used to feed wolves, increasing their health by ten bars.

How To Make Rabbit Stew

Step 1: Rabbit stew is a time-consuming dish since it requires numerous ingredients.

So have all the needed materials, including a rabbit from any biome, carrot and potato from the farm, and a wooden bowl. Getting a hold of a rabbit is the most challenging part; they’re quick and difficult to catch.

Step 2:To make this dish, follow the recipe to a tee or Cut corners by taking the easy way out and clicking on the rabbit stew option. 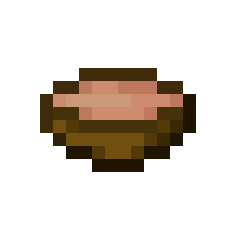 Mushroom stew is an edible item in Minecraft that can help heal a player by replenishing six of their hunger bars.

This amount is significantly higher than other food sources commonly found in the game.

A Mushroom soup’s most crucial function is to satisfy hunger by replenishing a player’s hunger bar. Mushroom soup satisfies hunger, but it doesn’t provide any extra benefits.

How To Make Mushroom Stew

Step 1: The mushroom stew is the only type of Soup or stew in the game that can be harvested. All you need to do is take a bowl, milk a mushroom, and voila! You’ll have yourself some delicious mushroom soup.

Step 2: The alternative way to create a mushroom stew is by using red and brown mushrooms, as shown in the recipe book. All you have to do is add those ingredients into a bowl.

The stew’s very name implies why it’s such a fantastic food item in the game. It gives the player a status effect based on which flower was used in making the recipe, but you don’t know what that effect is until after you’ve eaten the stew!

The Suspicious Stew can heal you with six hunger bars and is a great food source for any player. In addition, it will give you a random status effect based on the flower used. This stew has been used in many mini-games.

How To Make Suspicious Stew

Step 1: To make suspicious stew, cook mushroom stew but add a flower to the recipe.

Step 2: A bowl, a red and brown mushroom bouquet, and any flower of your choice are all you’ll need to make the Suspicious stew. You may personalize the presentation based on the result you desire.

The HarvestCraft mod pack includes a recipe for cactus soup. I haven’t tried it yet, but it looks like it would be a great dinner!

In the game, cactus soup is a light meal. It’s mostly consumed as food and provides no benefits. The Soup is a beautiful way to restore your hunger bar since it will give you six hunger points.

How To Make Cactus Soup

Step 1: The cooking recipe for cactus stew is as straightforward as it gets; the dish only needs three components and a crafting table.

The three things you’ll need are a Pot, Stock, and of course, a Cactus. You’ll have to make your pot and stock and cultivate cactus on the sand.

Step 2: You are done! Just put the items in the order shown in the illustration.

Like the cactus soup, the carrot soup is a Harvest craft mod pack for Minecraft. The Soup can be a food source in-game and is recommended to stave off hunger during long journeys.

The carrot soup is a good meal for when you’re hungry. One serving will give you eight hunger bars, and it will also fill you up! The Soup doesn’t have any other benefits, but it’s still a good choice for a meal.

How To Make Carrot Soup

Step 1: To make Carrot soup, you’ll need a pot, carrot, silken tofu, heavy cream, and stock. The carrot can be grown; however, the other items must be crafted.

Step 2: To make a tasty carrot soup, put these components in the order indicated in the recipe book, and you’re done; if you combine these things in the game, you’ll get a delicious carrot soup!

There you have three great recipes for soups and stews that you can make in Minecraft! Whether you’re looking for something classic or want to mix things up, these dishes are sure to hit the spot. So what are you waiting for? Start cooking up some delicious soup today!