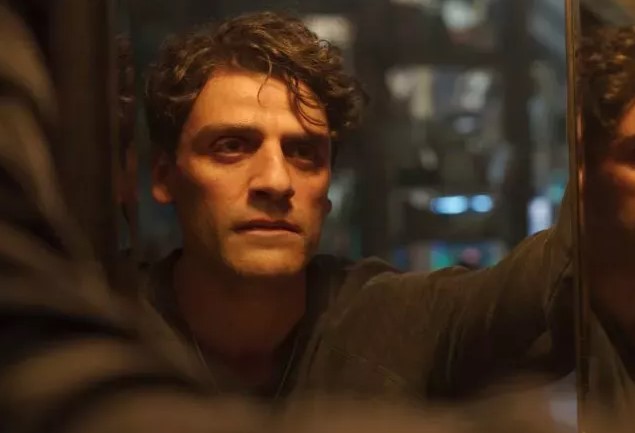 The Marvel Cinematic Universe (MCU) has been expanding at a steady rate with new characters and stories. One such character is Marc Spector, who upon introduction had two personalities named after him: Steven Grant

The first time we saw this man in Moon Knight explain that “in my head there are many men” it became clear just how mentally unstable he really seemed to be!

The superhero of the Disney+ series, Marc is also a man with dissociative identity disorder (DID). However it appears that he has more than two personalities to deal with.

In the post-credit scene of Moon Knight, we see that Arthur Harrow has been in a psychiatric hospital since his fight with Marc which resulted him being bound to Ammit.

The stranger leaves the hospital and takes Harrow with him. He doesn’t say anything, but he points in Spanish at his nurse who can barely keep herself from crying as she watches them go.”

The staff members of the hospital are all killed in a manner that appears to be murder. The man pushing him whistles an upbeat tune as they make their way towards one particular limousine waiting outside, which surprises Harrow because he never noticed how many people there were working at this place before now- nor did it seem like anyone had taken notice when he or she died by violence here!

Inside the limousine is an Egyptian god of moon, Khonshu. Harrow laughs at him and says that he cannot hurt or Ammit either one!

Jake turned to Harrow from the driver’s seat and told him it was “his turn to lose.” With that, he fired several times with his gun before turning back around.

Who is Jake Lockley?

Jake Lockley is an interesting character in the Marvel Universe, and he’s even more intriguing than you might think. He dresses up as a cab driver who gathers information for Marc to use- which means that anyone could be using this persona at any given time!

When he’s finally had enough, Marc decides to fake his own death and flee abroad under the name Jake.

Jake Lockley is one of the many personalities that Marc alternates between as a result his mental illness, and each personality represents an opposite side.